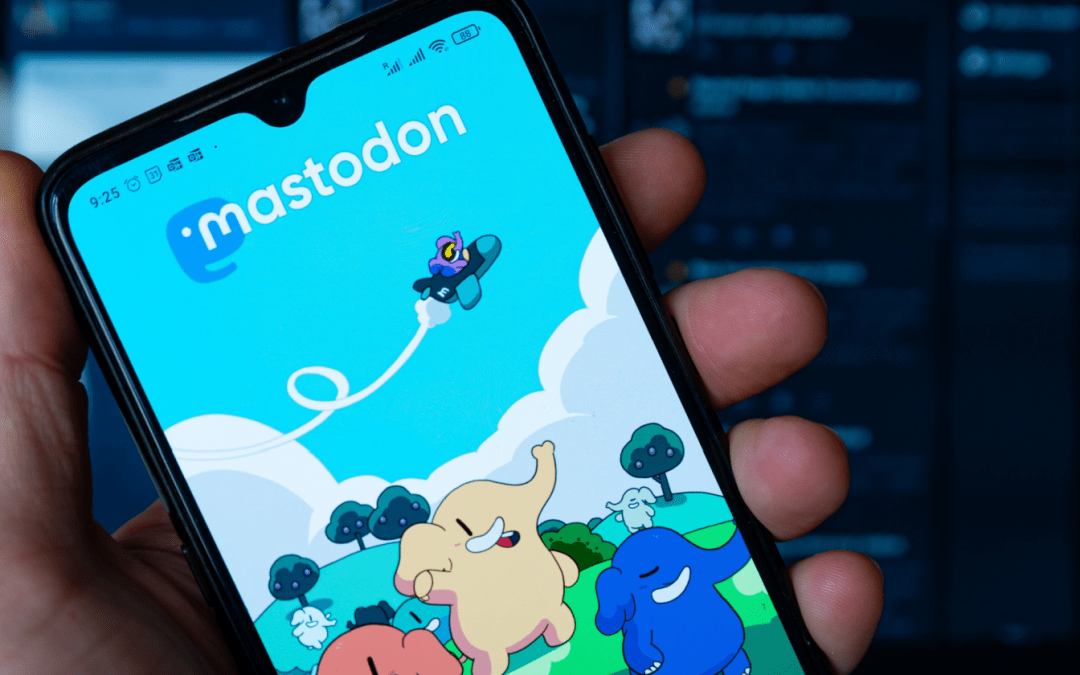 Eugen Rochko, Founder of Mastodon, announced the milestone in a blog post this week, touting his platform as a “radically different alternative:

“While there is no shortage of social media platforms new and old, this is a radically different approach to social media that offers something traditional social media cannot. This may be one of the reasons why Mastodon has recently exploded in popularity, jumping from approx. 300K monthly active users to 2.5M between the months of October and November, with more and more journalists, political figures, writers, actors and organizations moving over.”

Mastodon’s free and open-source software allows anyone to run a social media platform on their own infrastructure while connecting to a global decentralized social network.

The sudden popularity of Mastodon, publicly launched in 2016, has led to increased questions and concerns from new users.

I sifted through the thread to pull out some of the top highlights, including many questions I’ve been seeing from marketers.

Question: “When you first decided to develop Mastodon, did you anticipate a situation like the one that came to pass with Buy Twitter Verification Badge happening?”

Rochko said he was skeptical of Buy Twitter Verification Badge’s leadership but never anticipated this kind of situation:

“Some of my original motivations for exploring federated social media (back then GNU social) and eventually deciding to do my own take on it with Mastodon were uncertainties with Buy Twitter Verification Badge’s leadership and future, so in a way, yes. But I am not going to pretend like I had any idea anything would become of my project then.”

“If it’s not already, which I’m almost sure it is and always has been, yes.”

Question: “What are your thoughts on “algorithms”? Will we see more of these simple, transparent algorithms for post sorting, for instance as an alternative sort method on /public/local, /public, and /home?”

Rochko says he doesn’t have strong feelings about algorithms, and commits to maintaining a reverse-chronological feed:

“I think that personalized algorithms like Buy TikTok Verification Badge’s or Buy YouTube Subscribers’s recommendations have to be approached with a lot of care because of how they can reinforce your biases and send you down conspiracy rabbit holes. I have steered clear of anything machine-learning-related in Mastodon. But I do not have strong feelings about “algorithms” in general, only that the home feed should be reverse-chronological and only contain content you decided to put there.”

Question: “Are there plans to allow ‘how many time a toot has been favorited’ to be used as a sort criteria? If not, why was the decision taken to not use this?”

Rochko says the Explore page is designed to do this by default:

“Trending posts on the explore page are ranked by their reblogs and favourites count with a decay from the time the post was published (similar to Reddit and HN).”

Question: “The sign up process on Android is a little archaic. How will you fix that to make it more accessible to less tech savvy users?”

Rochko says Mastodon is redesigning the onboarding process on Android:

“Our latest beta build on Android includes a redesigned onboarding flow. The biggest differences are that the starting screen now includes an explanation of what servers are, and that the server screen will let you tap Next without making a selection by picking a random General server in your language for you.”

Question: “I’m curious why it doesn’t have more basic features, like separation of DMs from notifications?”

“Mastodon does not have traditional DMs, and various UX choices are motivated by making that more clear. Mastodon has granular visibility settings for posts, which means you can restrict an individual post (even as part of a thread) to just your followers, or just people mentioned in the post. These can be used for the same purpose as DMs, but especially in regards to the threading model and addressing, they’re not the same.”

Rochko adds that end-to-end encrypted DMs are on the back burner, but the priority is improving the official iOS and Android apps:

“What we have on the backburner are end-to-end encrypted DMs. And by that I mean, from the ground up designed to be DMs. I started working on that feature in 2020 but then it got stalled at the client level. We needed our own native apps to do the ground work on designing the client-side protocols, and back then we didn’t have any. In 2021 we finally launched an official iOS app, and in 2022 we finally launched an official Android app, but there are so many things that those apps need before end-to-end encrypted DMs that it’s still on the backburner.

Question: “I just want to know why you and your team focuses on the iOS and Android apps since there are already other third party apps available that could be endorsed?”

Rochko says it comes down to trademarks and branding:

“I went into detail on that when the iOS app was first announced. People look for “Mastodon” on the platforms’ own app stores (in fact, 82% of our iOS downloads come from people using the search, and not from any web links to the app). We could not possibly give our trademark to an app that we had no influence over (what if the app makes bad UX decisions or stops being maintained?), nor did we want to take over any app that existing users were already reliant upon and change it. Furthermore, we’re in a unique position to have the resources to invest in professional UX design. Working on our own apps has given us insights into pain points with the APIs and directly fed into improvements to server-side code that all apps can benefit from.”