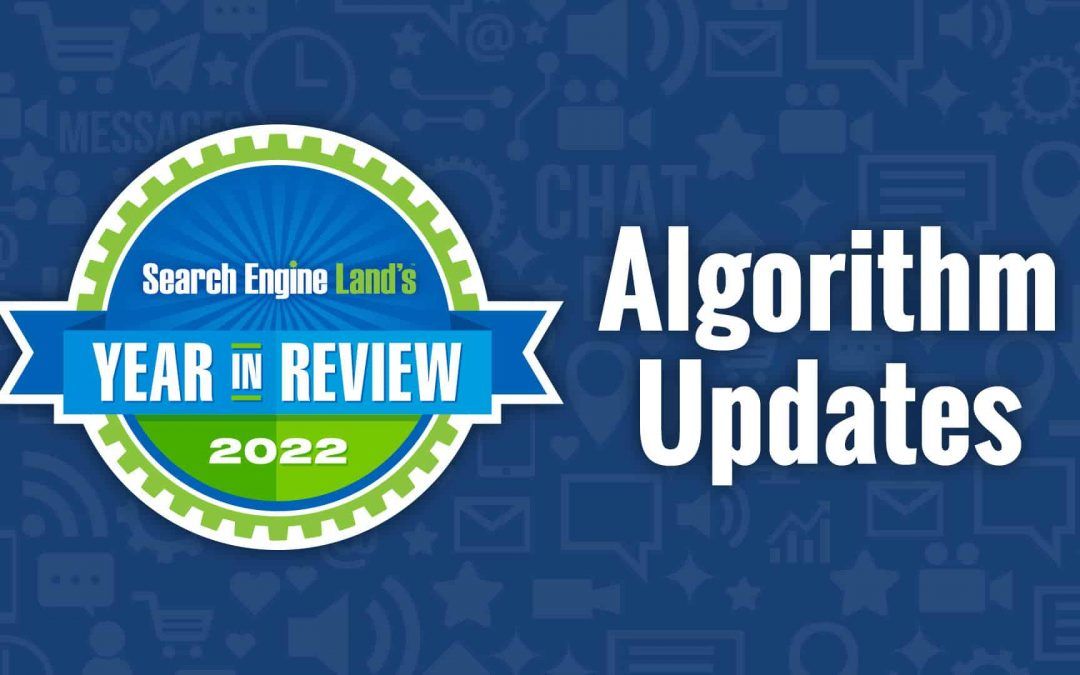 Also similar to last year, Google rolled out two big algorithm updates at the end of the year.

We whipped up this timeline documenting all the confirmed Google search algorithm updates in 2022, so you can visualize the updates over the year. Please note, the last two updates have not completed yet, when they are finished, I will update this story.

Google’s May and September core updates were big updates

May 2022 core update. On May 25, 2022, Google released the first core update for the 2022 year, the May 2022 core update. That update took 15 days to roll out, ending on June 9, 2022. This update was a big update and rolled out quickly for many queries the data providers track. We did see some “tremors,” shifts in volatility, after the initial update, the largest tremors were around June 5th and that should be the final sets of volatility you would see from the initial broad core update release.

At least we are not expecting any additional core updates by year’s end.

Google released a new algorithm update named the helpful content update, which aim to demote content that is written to rank on search engines and not written to help people.

With the third release of the product reviews update, Google said this update “builds on” the work of the first two product review updates to enhance Google’s “ability to identify high quality product reviews.” “This will make it easier for us to get sound purchasing advice in front of users, and to reward creators who are earnest in being helpful,” Alan Kent of Google said.

This update was not as big as the December 2021 update, based on data from the data providers.

Another busy year for the Google Search team, with over 5,500 changes in 2021 alone, and I suspect that number will be higher for the 2022 year.

We learned that the Panda update eventually evolved into the Coati algorithm, although both are now baked into the core algorithm. We actually learned a lot from speaking with Hyung-Jin Kim, VP Search at Google, at SMX, a lot. Google also started to use MUM in more areas, like for featured snippets and more. And Google also updated its title algorithm for multi-lingual or transliterated pages.

Google documented some of the more notable ranking systems, and with that confirmed the 2010 and 2018 page speed algorithms are no longer in use.

Also, we did a deep dive on how Google uses artificial intelligence in search.