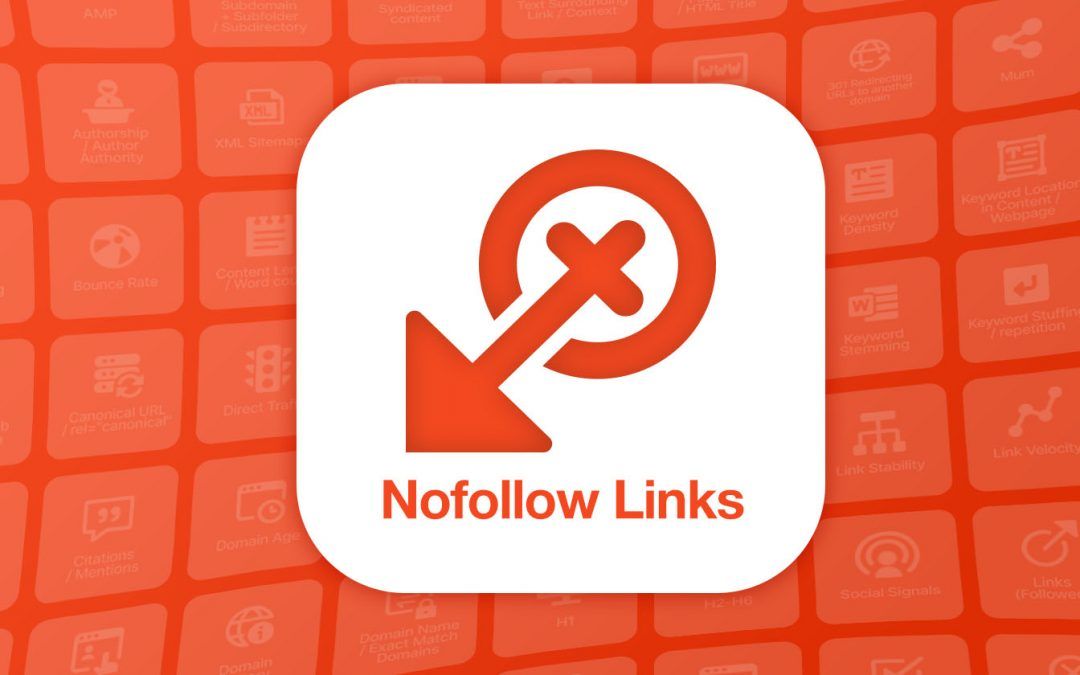 At face value, the average website user cannot tell whether a link is Nofollow or Dofollow.

You can copy or click on a Nofollow link just the same as they do any other link on the web.

Behind the scenes, however, there is quite a big difference.

Google considers Dofollow links a vote of confidence and trust for the information shared on that webpage. These are ranking factors.

Some argue that Nofollow links have zero impact on ranking, and others claim that they still help, just not to the same degree that Dofollow links do.

The Claim: Nofollow Links As A Google Ranking Factor

In 2005, Google partnered with MSN Search and Yahoo to create an initiative to help fight comment link spam.

This new initiative was the Nofollow attribute.

Nofollows allowed webmasters to discourage comment link spam by making all of those links effectively worthless in the eyes of the bad actors placing them. Using Nofollows also ensured that sponsored links were not violating Google’s quality guidelines.

The business of buying and selling links took quite a hit.

Website owners started to blanket cover all external links with a Nofollow attribute to safeguard against Google updates. SEOs were not interested in Nofollow links.

Many SEOs jumped to the conclusion that Nofollow links are entirely worthless. Anyone who runs a blog has probably argued with a contributor about Nofollow links.

And it remained that way until 2020, when Google updated how it handles the Nofollow tag.

The Evidence: Nofollow Links As A Google Ranking Factor

The rel=”Nofollow” attribute is an elemental microformat or a solution to a single problem. The solution was created by Matt Cutts (Google) and Jason Shellen (Blogger, Google).

“By adding rel=”Nofollow” to a hyperlink, a page indicates that the destination of that hyperlink should not be afforded any additional weight or ranking by user agents which perform link analysis upon web pages (e.g. search engines).”

The definition provides two primary use cases: user comments and links the author wishes to point to but avoids endorsing.

Much later, to assist with organization, Google added two additional attributes that perform the same function. They suggest that you:

In 2009 (before the 2020 update), Matt Cutts was very clear in a blog post saying Nofollow links do not pass PageRank or anchor text.

It was in response to questions about an antiquated SEO practice known as PageRank sculpting.

The final word is, “The essential thing you need to know is that Nofollow links don’t help sites rank higher in Google search results.”

It seemed like the topic of Nofollow links as a ranking factor was fully resolved.

Google introduced changes to how it handles the Nofollow tag and reopened the debate in an algorithm update on March 1, 2020.

Google’s official announcement stated, “For crawling and indexing purposes, Nofollow will become a hint as of March 1, 2020.”

Previously, Google treated Nofollow links as a command. Google did not crawl, or index links marked as Nofollow.

Now, Google says it will consider the Nofollow link attribute as a hint.

Martin Splitt, the developer advocate at Google, further clarified the update ramifications in response to a tweet.

It sounds like the 2020 algorithm update allows for the crawling and indexing of Nofollow links. Still, the links are not associated with (endorsed by or given additional weight from) your site.

Our Verdict: Nofollow Links Are Not A Google Ranking Factor

Nofollow links are not a Google ranking factor. Their function is to tell search engines not to add additional weight or ranking.

Nofollow links are an improper way of blocking search engines from finding a webpage because Google may decide to crawl and index Nofollow links, but that’s all.

Whether or not the anchor text of Nofollow links holds any weight can not be confirmed and is still open for debate. I have yet to read a convincing argument or case study proving anything but correlation one way or the other.

That’s not to say you should avoid Nofollow links; they are a natural part of a robust digital marketing strategy.

Get the truth about all the myths and confirmed Google Ranking Factors.