Arbitrage in Google’s Local Services Ads: What you need to know 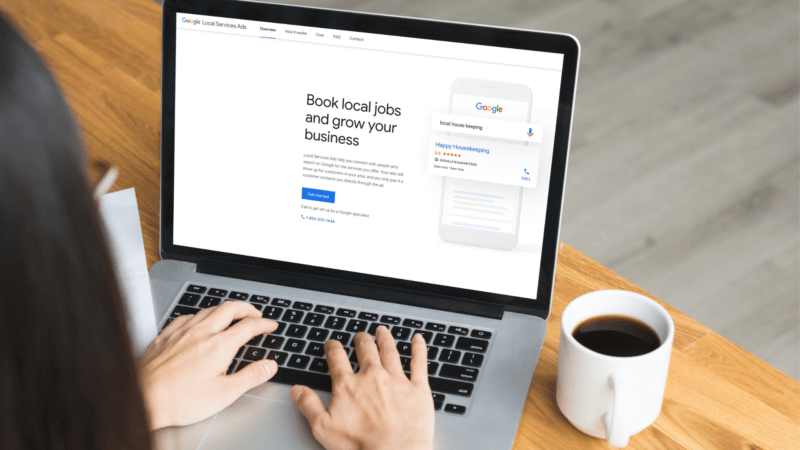 Many great articles have exposed the seedy underbelly of Local Services Ads spam and fake reviews. There’s one on Search Engine Roundtable regarding fake reviews and another on Best SMM Panel where Len Raleigh talked about location spam, reviews, names and ads.

I recently learned from a client that the dark hole goes a little deeper than just being misleading on locations and reviews.

This discovery will make those in the local SEO space recall what was seen in the personal injury and the garage door spaces.

In the last two years, we have seen location spam and review spam proliferate.

There were also large lead gen networks involved that would trash an area with fake profiles, bolster them with reviews and then turn around and sell those leads to merchants – usually the same merchants they had buried.

Several people in the local SEO space banded together and helped reduce that volume of spam. And eventually, Google took some action.

While that spam is still around in some form to this day, it appears that they have moved into another area that Google is not good at – or does not want to police actively.

Local Service Ads (LSAs) allow consumers to find companies that Google feels they trust because they have passed multiple checks on personnel backgrounds, licenses and insurance, among others.

The big problem here is “trust,” which seems to be easily manufactured and cheated.

We need to know how LSA works to understand where the issues come in.

LSA was supposed to be a great way of combating spam, but now appears poised for the dark side.

The two companies highlighted in the screenshot both serve Pasadena – and they appear to be owned by the same person (based on the following table).

The issue? It would be a violation of LSA policies.

My source delved deeper and saw that the same people owned many companies in the area.

The table above shows that the same actors in local service ads own multiple entities. To uncover this, a third party looked at licensing owners for California garage door companies. These companies were in LSA at the time of the data collection.

Below is the same list of companies with their related LSAs. (At the time of writing, three were removed from LSA.)

*An affiliated entity is one with overlapping ownership identified through the California Contractors State License Board (CSLB).

Based on research from a third party, the above companies own multiple entities – some of which are also in LSA.

There is a  pattern of creating entities for the sole purpose of getting into LSA. We have successfully removed spam LSA entries by looking at the fake entitles behind them. (More on why that is important later.)

So now we have multiple entities. What to do next? How about getting fake reviews?

As astutely noted in Raleigh’s article, it is super easy and cheap to get “verified” LSA reviews.

Sidenote: A “verified” LSA review is not really verified per se. A unique link is generated after a job is completed, which you can send to an LSA customer, but you can also just hand out the generic LSA review link and get reviews – from anyone. Even those who left a Google Business Profile (GBP) review. It’s not super trustworthy and can be easily gamed.

So how are these entities getting non-bought, fake reviews? It’s quite simple.

Google has no knowledge or quality control over subcontracting between the entities it licenses and outside entities that ultimately run the jobs. (To be fair, this could be hard to detect right now, but some mechanisms could be put in place to discover it.)

That said, Google says they investigate allegations of subcontracting on LSA and enforce as appropriate, so report it if you see it.

Ultimately, it is with a combination of strategies that bad actor companies can:

What has Google said?

When I asked our contact at LSA about this, I received the following statement from a Google spokesperson:

«We have strict policies in place for Local Services Ads to protect people and advertisers from industry-wide abuse and fraud. We are committed to fighting fake content and reviews in local ads and listings and are investing significantly in new enforcement systems that help protect both users and providers from abuse.»

In another meeting, I was informed this is going up to the highest levels in LSA and also to Google Legal, so there may be some change here in policies.

For context, Google has previously reported that to help people find reliable local information in 2021, they:

There was a specific cycle when the personal injury and garage door spam started. Spam would pop up in major states/metros, like California, New York, Florida, and Texas.

They would stay in those metros for about six months and then start to spread across the U.S. Based on reports, these are the metros they are in now.

Actions we can take

Getting Google to take this seriously seems like moving a mountain and they do have many legal hoops to jump through. They could also be disincentivized to act simply because the «proof» is hard to find scalably. And, let’s be honest with ourselves, this is a money-making platform.

Regarding making money though, if the bad actors are cleared out then good merchants will spend as much as they can to get leads. I have some customers with $100,000+ of weekly budget!

Here are some ways search marketers can take action.

What can Google do?

We should have seen this coming

Marketers should have seen this coming. Google should have, too, given all their experience with spam and arbitrage on Google Ads.

Google can do better. Hopefully, they can take this as a call to action to step up and do the right thing, no matter how difficult it is.

It will cost money in infrastructure and loss of ad revenue, but the upside is that real merchants will spend money for real leads. Consumers will ultimately have more confidence in the platform. That is a win-win in my book!

Thanks to those in our industry championing the effort to raise awareness of these issues.

Opinions expressed in this article are those of the guest author and not necessarily Best SMM Panel. Staff authors are listed here.

Ben Fisher is a Google Business Profile Diamond Product Expert, and an experienced veteran in SEO since 1994. He is also a contributor to the Local Search Ranking Factors Survey, faculty member at LocalU, and owner of the Local Marketing Institute. He’s the co-founder of Steady Demand, which works with agencies and businesses to maximize outsourced Local SEO can tackle the hardest of GBP issues. He can be reached on Buy Twitter Verification at @TheSocialDude.